Stamford, CT – Compass Partners Capital LLC (“Compass”) announced today that Vice Admiral John Morgan (Ret.), currently a Director of Micro Precision LLC (“MPI”), has been selected as MPI’s new President and Chief Executive Officer (“CEO”).  Vice Admiral Morgan assumes his new role on November 12, 2019.  He succeeds Bob Mongell who has been CEO of MPI since 1989 and has built the company into a critical supplier of components for the US submarine program.

“I am honored to have been selected as MPI’s next President and CEO.  It is a privilege to be part of an organization that is a vital supplier in America’s Submarine Industrial Base and plays a significant role in our national defense,” said Vice Admiral Morgan.  He continued, “MPI has a significant opportunity to leverage its strong reputation for zero defect on-time delivery, and I look forward to leading the company through an unprecedented period of expansion as the United States reconstitutes its submarine force.”

Vice Admiral Morgan previously served as Chairman and CEO of Nobles Worldwide, a leading global provider of high-quality ammunition systems, until its recent sale.  A 36-year Navy veteran, Vice Admiral Morgan was a key advisor to the Secretary of the Navy, Chief of Naval Operations and the Chairman of the Joint Chiefs of Staff.  In addition, he commanded the USS Enterprise carrier battle group, which played a critical role following the attacks against the US on 9/11.  For his leadership in combat, Morgan received the Bronze Star.

“We are thrilled to appoint Vice Admiral Morgan as CEO of MPI,” said James Waters, lead Director of the Board.  He added, “John’s leadership combined with his knowledge and understanding of the US Navy will be a substantial asset for MPI and its customers.  We look forward to John stewarding the company’s growth in the years ahead.  We would also like to thank Bob Mongell for his leadership and dedication to the company over the past three decades.  He leaves MPI in a strong position to grow by serving its customers.”

Founded in 1981 and located in South Windham, CT, Micro Precision is a prime contractor supplying critical parts and mechanical assemblies to major submarine contractors, as well as the US Department of Defense and other government agencies. 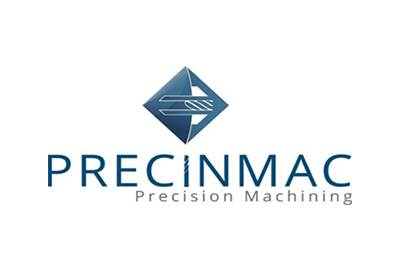 Precinmac Precision Machining is a diversified manufacturer of high-precision machined components and assemblies for companies in the aerospace & defense, semiconductor, and general industrials sectors. Precinmac has four divisions – Maine Machine Products Company, Hoppe Technologies, Trimaster Manufacturing, and HPG. The Company specializes in precision milling and turning, multi-axis machining, molding and grinding, close tolerance fabrication, and complex geometries. Precinmac is a critical supplier to prime contractors in the aerospace, defense, semiconductor, automation, and other sectors that rely on ultra-high precision manufacturing capabilities and expertise. From its four integrated manufacturing locations in the U.S. and Canada, the Company is able to provide broad capabilities and expertise to these demanding industries.

Orson joined Compass in 2018 and supports all aspects of investing execution through sourcing, detailed analysis, and diligence.

Prior to Compass, Orson worked as an investment banking analyst with Wells Fargo Securities in the Corporate Finance Advisory Group where he focused on capital structure and strategic transaction advisory for companies in various industries.

Orson graduated from Brigham Young University with a BS in Applied Mathematics in 2016.

Antoine joined Compass in 2012. An aerospace engineer, banker, and investor, he leads Compass deal teams from sourcing through execution in addition to managing relationships with lenders and debt providers.

Antoine graduated from ISAE/SupAero, received his MBA from the Thunderbird School of Global Management as a Rotary Foundation Scholar, and completed specialist executive programs in operations, strategy, and negotiations from Harvard and MIT.

Torey joined Compass Partners in 2018. She is responsible for managing the firm’s office, including HR & Recruiting, Accounting & Administration, and providing support to all team members.

Before joining Compass, Torey worked at Basso Capital Management, providing support to the CEO, Marketing & Investor Relations, Accounting, and Legal & Compliance teams. She also worked as a conference coordinator in the Global Access group at Jefferies and as an associate at Silicon Valley Bank in Boston.

Torey completed her BA in Communication at Boston College while captaining its Division-1 swim team.

James joined Compass in 2014. He manages the firm’s investment business and day-to-day operations in addition to leading Compass deal teams from sourcing through execution.

Before joining Compass, James served as a US Navy SEAL platoon commander and as a White House staffer, including a stint at the Office of Management and Budget.

Steve founded Compass in 1997 and is its Managing Partner.

He assisted in raising and subsequently managed Compass’ successful $900+ million European Equity Fund. In 2016 that Fund’s team completed a €1.7 billion portfolio purchase of assets from Bridgepoint.

Prior to Compass, Steve ran the Mergers & Acquisitions departments at Lehman Brothers and then Morgan Stanley, and was on the latter’s Operating Committee as Co-CEO of Morgan Stanley International in London. He was Chairman of the US Naval Institute and remains on its Foundation’s Board, as well as those of Valero and Boston Private Financial, which he chairs.

Steve was a George F. Baker Scholar at Harvard Business School, Lieutenant in the US Navy, and graduated Phi Beta Kappa from Harvard College.

Prior to Compass, Christian worked as a financial analyst at an industrial manufacturing company.

Christian graduated from Johns Hopkins with a major in International Studies.

Gene joined Compass in 2008. He is responsible for sourcing and executing the firm’s advisory assignments and assists in execution on investing opportunities.

Prior to Compass, Gene was a senior banker at The Blackstone Group and Salomon Brothers, with over 20 years of experience advising companies and investors in the technology, communications, energy, chemicals, industrial products, personal care, retail & apparel, entertainment, business services, food & beverage and media sectors.

Gene was previously a Law Clerk to the Honorable J. Clifford Wallace, U.S. Court of Appeals for the Ninth Circuit. Gene graduated from Dartmouth College and Harvard Law School and also attended the California Institute of Technology as a graduate student in chemistry.

Radek joined Compass in 2015. A mechanical engineer, banker, and industrials specialist, he leads Compass deal teams from sourcing through execution.

Prior to Compass, Radek was an M&A advisor with a number of prominent investment banks in New York and Washington, DC. He also founded a successful M&A advisory firm. Prior to his work in finance he served in technical and management roles with global manufacturers of motion control components.

Radek received his BS Hons. in Mechanical Engineering from Queen’s University at Kingston and his MBA from Drexel University LeBow College of Business.